Several people, including Monty Adkins, who was the co-supervisor of my PhD, shared a link to an article on RedBullMusicAcademy.com which describes many of the inspiring goings on at CeReNeM – the Centre for Research in New Music at the University of Huddersfield. 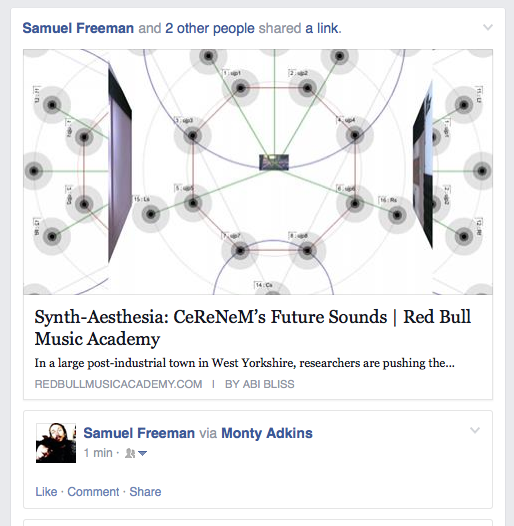 The thing that first caught my eye about this was the way that it is one of my Max patches that has been used as the featured image for the article.

The image will have been taken from the HISS website where it is one a few of my images originally created as part of the WofS events in 2010.