PHS is part of a consortium being led by bITjam to create a new makerspace in the City centre with a focus on providing young people with access to technologies for creating the future.

At the first meeting I attended (a few weeks before the ‘test the water’ events) it came up that there were Minecraft based workshops planned, but no one with specific knowledge yet arranged to facilitate, so I offered my services and began to think about the ‘creative technology’ aspect of the game.

On the ‘schools day’ it was great to have an attentive audience of enthused youngsters being receptive to a talk that boild down to the message ‘with coding and stuff, you can change the world!’.

They were then given time to ‘build their own Stoke-on-Trent’ via Pocket Edition worlds that had been seeded with the city’s name (so they all have the same terrain to build on, without networking the tablets for multi-player) 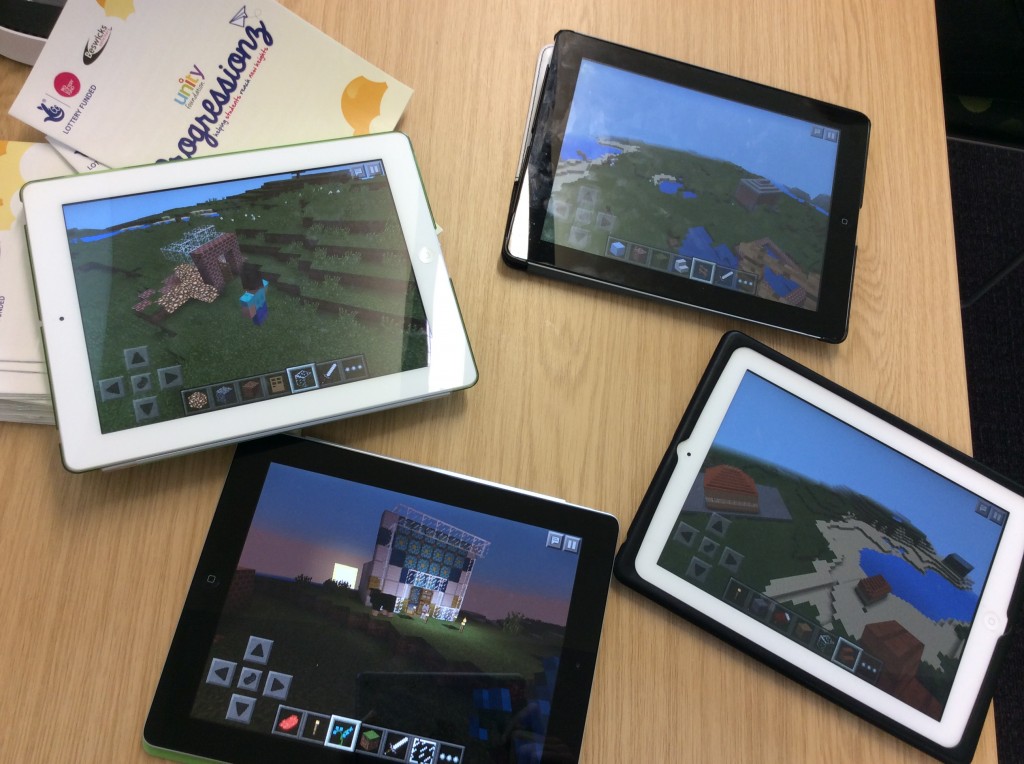 The second day of the Wavemaker test the water event was open to the public and I was delightfully surprised by the number of people attending… there was so much going on that I might return to the subject another time to say more about it.