A data matrix from sdfsys exported as a png: 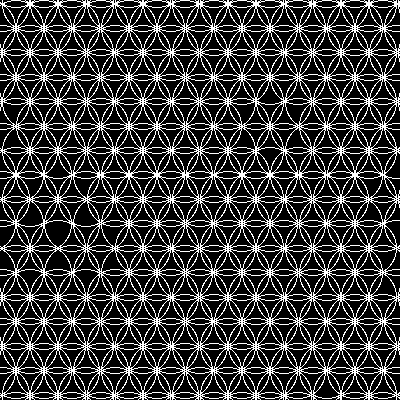 The data was drawn using the macro syntax of thisis; six slightly different macro sequences were recorded for putting points relative to points that have been put, and another macro is defined for drawing six circles at a time with those points.

The delay prefix to the macro run command for the drawing was used when moving and then drawing within the same parse of the text buffer.

← Getting there
Raspberry Pi →